Sven Hoek is Ren's cousin from Europe. He first appeared in season two's episode of the same name.

Like all Hoeks, Sven is a Chihuahua. However, unlike his scrawny cousin, Sven is obese, the same size and shape as Stimpy and is also as thick as he is. He's also chubby and friendly, and the moment he met Stimpy, the two quickly became good friends and he even showed him some stuff he had taken with him in his large suitcase and referred to him as his new friend and 'Brother Stimpy.' Ren had known Sven since they were both newborn puppies still in the whelping box together, and Ren apparently hasn't seen him since then. He is shown to have a tiny brain even smaller than Stimpy's, which he was able to easily get out with a pair of tweezers, suggesting some intelligence but maybe even less than Stimpy.

Unlike his skinny, aggressive, and short-tempered cousin, Sven's personality is pretty much Stimpy's in disguise. He's dim-witted, innocent, friendly, and good natured, but also fears his cousin when he gets mad. According to Ren, he thought Sven was intelligent in the past, as Ren was waiting to talk to somebody as intelligent as him.

Sven first made his appearance in "Sven Hoek" during season 2, which would be his only major appearance. In this episode, Ren is annoyed by Stimpy's constant stupidity and can't wait for Sven to come and visit, who he hasn't seen in years, as he wants to have an intellectual conversation. When Sven arrives, Ren is shocked to find that Sven and Stimpy are kindred spirits, having majority of the same interests and hobbies, along with being lodge brothers, belonging to The Loyal Order of Stupids. Ren goes off to get them drinks and tells Stimpy to help Sven unpack, which leads the pair begin to bond, showing each other many of their favored possessions, such as Stimpy's Magic Nose Goblins and Sven's ball of Band-Aids, and each other's brains. Some time later, Ren goes off to work and tells the pair to behave, but they soon break this rule. They begin to play games, such as seek-and-hide and circus. Soon, they get bored and cannot go outside, as it is rainy, so to cheer them up, Stimpy suggests that they play Don't Whiz on the Electric Fence. Ren comes home to find that in their mayhem, Stimpy and Sven have destroyed or vandalized his prized possessions, covering his opera records in bubble gum, opening and 'violating' his collection of rare, incurable diseases, and painting his dinosaur droppings like Easter eggs. This leads Ren to having a breakdown, yelling at them. However, Ren soon calms down and describes in detail how he plans to get his revenge, which includes tearing their lips out, gouging out their eyes, tearing out their arms, punching them, and laughing. However, Ren decides to go urinate before acting on these threats, angrily walking away and coming upon the board game. Ren decides to get revenge on them by peeing on the board, unaware of the game's purpose. Their house soon explodes and they are sent to Hell.

Afterwards, Sven would only make short appearances or cameos.

He made a cameo appearance in the season 3 episode "Jerry the Bellybutton Elf", where he is seen as a background character, happily dancing with Mrs. Buttloaves at Ren's party, which included other supporting characters.

He then made one last cameo in "Hard Times for Haggis", seen watching Ren and Stimpy in a crowd when Haggis is out looking for his fans. 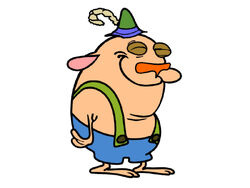 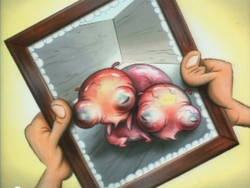 Ren and Sven as newborns in a photo 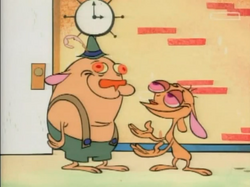 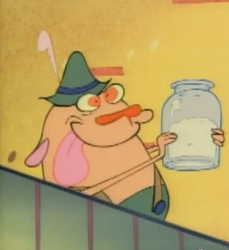 Sven holding a jar of spit. 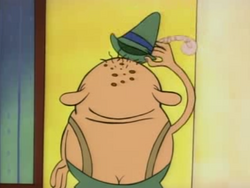 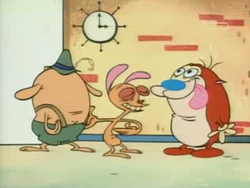 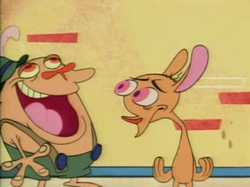 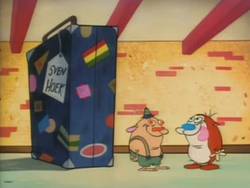 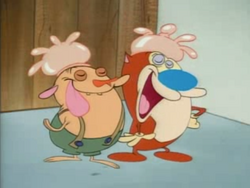 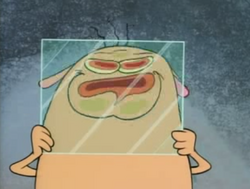 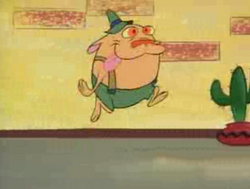 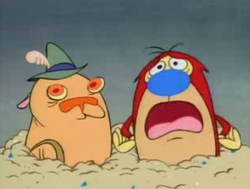 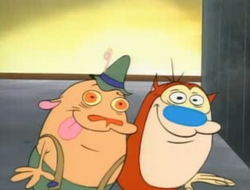 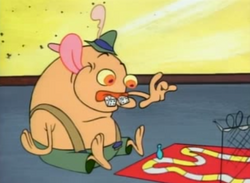 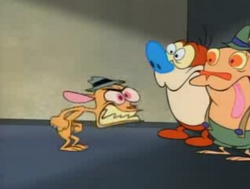 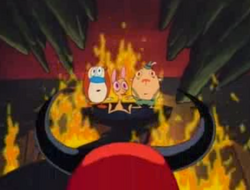 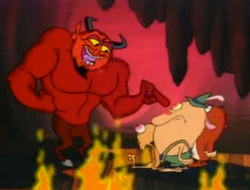 So, you whizzed on the electric fence, didn't ya? 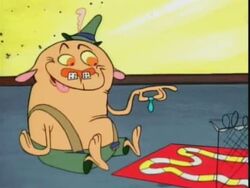 Sven playing a game of "Don't Whiz On The Electric Fence" 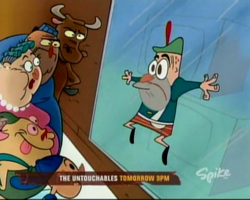 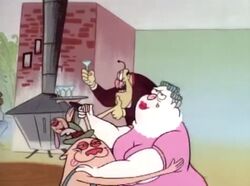