Nicktoons MLB is a baseball game that was released for the Nintendo DS, Wii, Xbox 360, and Nintendo 3DS. It features playable characters from Nickelodeon shows including SpongeBob SquarePants, Invader Zim, Ren and Stimpy, Danny Phantom, Alex Adventure, Planet Sheen, Avatar: the Last Airbender, Fanboy and Chum Chum, T.U.F.F. Puppy, and two characters that only appear in the 3DS handheld, which is from The Adventures of Jimmy Neutron: Boy Genius and a character from the Nickelodeon game Monkey Quest. While characters from  Rugrats, Rocko's Modern Life, Aaahh!!! Real Monsters, Hey Arnold!, The Angry Beavers, CatDog, El Tigre: The Adventures of Manny Rivera, Back at the Barnyard, and The Mighty B! make appearances in the game's loading screens. In addition to Nickelodeon characters, the game also has baseball players from real Major League Baseball teams.

Nicktoons MLB has received mixed reviews. Operation Sports gave the game 4 out of 10, stating "As it is, you should only buy this for the Nickelodeon characters or if you are dying to play a Kinect baseball game. Otherwise, just treat yourself and your kids to The Bigs 2, a game with more polish and much more to do. Then, when you are done, watch SpongeBob."[2] Official Xbox Magazine gave the game a score of 6.5 out of 10, saying "Nicktoons MLB is fun but frivolous, which should work just fine for kids and families. They also both praised and criticised the usage of Kinect, saying "having your arm angle determine the pitch type is downright genius — though sadly, occasional gaffes (such as seeing swings you didn’t take) muddle the execution."[3]

However, there have been some positive reviews as well. 123Kinect said "If you are buying this for yourself and are older it’s probably around a 6/10, you will notice the flaws, which is why I rated it at 7, it’s one of those on the fence titles. It’s by far no means a real MLB title, however it’s a step in the right direction."[4]Anime Courtyard also gave it a 7 out of 10, stating "At the end we can say that Nicktoons MLB is not spectacular but not a bad option if you want a baseball game without complications. For children, a good game if they like the Nicktoons. And of course for a grown up who wants a trip to memory lane with their favorite Nickelodeon characters."[5] Nintendo World Report's review gave the game an eight out of ten, concluding with "Nicktoons MLB is a simplified but very fun baseball game. Don’t let the kid-focused presentation scare you off; this game is worth a look from anyone in the mood for an arcade baseball game.[6] 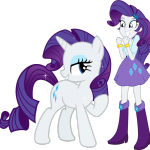 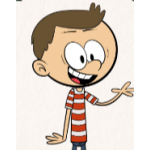 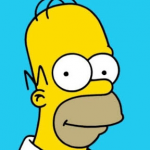